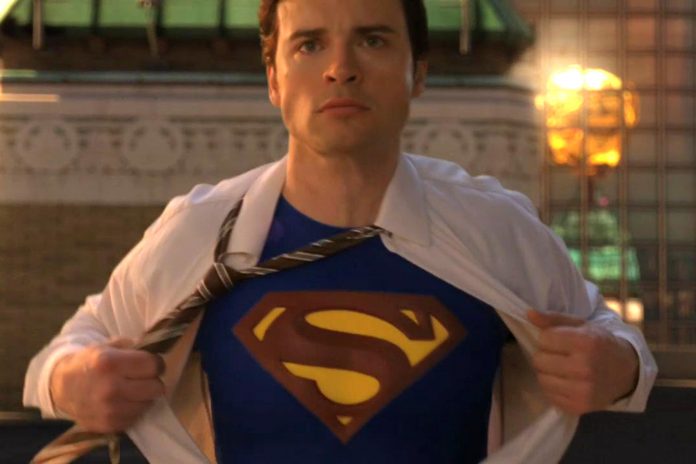 DC shows on the CW are all the rage right now thanks to the “Arrowverse” but before the “Arrowverse” was a thing, Tom Welling was proudly waving the DC flag on the network. Welling played Clark Kent in “Smallville” which was a series that told the story of Clark Kent before he became Superman.

The idea was that Clark would spend the series figuring out who he is, and what he’s capable of, and the creators felt that if he put on the suit life would become too easy for him. However, there was a plan for Clark Kent to suit up in the first act of the series finale, but Tom Welling recently revealed to EW that he pushed for the idea to be scrapped.

“Our series finale was supposed to be, in the first act, Clark puts on the suit and flies around, saves Lois on a plane, and does this other stuff,” Welling says. “It was a call that I had with Peter Roth, who is the head of Warner Bros. Television, who’s a good friend of mine and we have a great relationship. I said, ‘That’s not our show, Peter.’ He’s like, ‘No, it’s going to be great,” and I go, ‘Yeah, but just think about what we’ve been doing. If we just jump into that, we haven’t earned it.’”

Even though fans didn’t get to see Tom Welling embrace the full Superman suit, the series finale did feature a quick scene at the very end which showed Clark ripping off his shirt to reveal the suit underneath.

While talking about the ending Welling said he felt it was a way to let fans know that Superman is out there.

“We jumped onto this idea that at the end of the show, the idea is that Clark becomes Superman and he’s out there, and we know he’s out there, but we can’t go with him, but that we know and we feel good that he’s out there doing good,” Welling says. “That was what we strove for, and I think we hit it. I liked the ending of the series, because it’s like, ‘Yes, he did it!’ I hope the audience didn’t feel like we didn’t show them something that they needed to see. I felt like we gave them the jumping off point for their imagination as to what could happen.”

How did you feel about how the series ended? Sound off in the comments below.