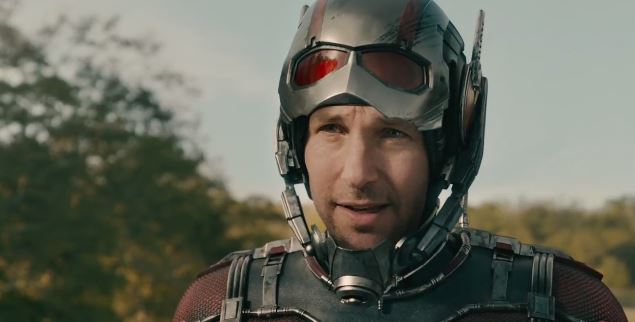 It’s no big secret that Marvel has plans to integrate Spider-Man into the MCU. But it sounds like we’ll be getting a Spider-Man reference much sooner than any of us thought.

Latino Review is reporting that they’ve heard an “unconfirmed rumor” that Oscorp gets name dropped in “Ant-Man.” The rumor they’re reporting is that Oscorp will be referenced during a scene where Darren Cross is trying to sell the Yellowjacket technology to potential buyers. Apparently during the scene organizations such as The Ten Rings, Roxxon and Oscorp are mentioned.

Once again, they say it’s an “unconfirmed rumor” but it certainly sounds like it would fit Marvel’s style when it comes to using references to enhance the continuity of their films.

As far as Spider-Man news goes, Marvel had six actors do screen tests for Spider-Man last weekend and the word on the street is that they will be making a decision on who the next web slinger will be soon. It’s been reported for quite some time now that Spider-Man will be making his officially MCU debut in “Captain America: Civil War.”

Either way, we’ll find out if this Oscorp rumor is true when “Ant-Man” opens in theaters July 17.