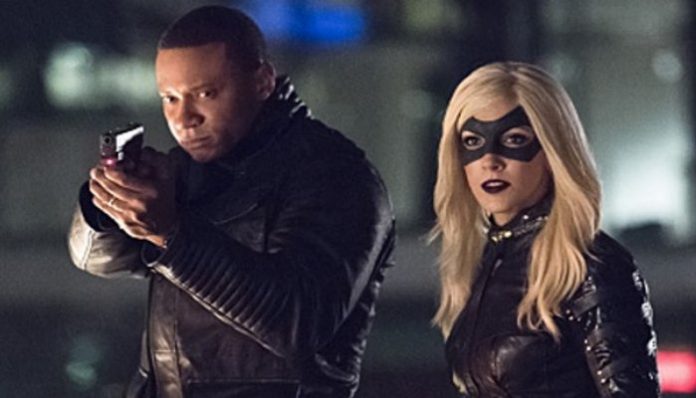 “Arrow” is set to return in January with new episodes, and when it does Laurel Lance, or at least someone who appears to be Laurel Lance, will be stepping into the spotlight. During the winter finale of “Arrow,” Oliver made his way down to the bunker and he found Laurel standing there all by herself right as the episode was coming to an end.

Related: Oliver Learns The Truth About Laurel Lance In New Arrow Promo For “Who Are You?”

Diggle was also met with an interesting surprise at the end of the finale as he was taken back into custody by the US government, and when the show returns he will be back in prison. The CW has released a clip from the winter premiere titled “Who Are You?” and in the clip Oliver Queen heads to prison to pay Diggle a little visit.

Oliver explains that Laurel has returned, but he hasn’t filled her in on all the details regarding the Prometheus situation, and he also tells Diggle that he might know a good lawyer who can help him fight the bogus charges that put him in prison.

“Arrow” will return with “Who Are You?” on Wednesday, January 25.