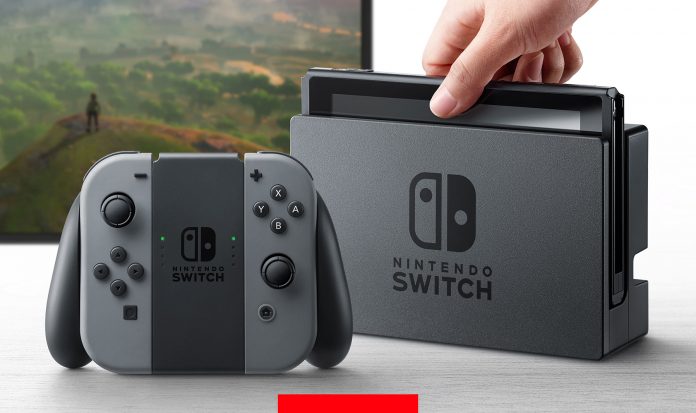 Nintendo has officially revealed Switch. The company previously confirmed that they were working on a project under the name Nintendo NX, and it’s long been rumored that it would be a console/handheld hybrid. NX turned out to be Switch, and the rumors turned out to be true.

So, what is it? Switch is pretty much the best features of the Wii and the Wii U combined with everything gamers enjoy about mobile, and traditional console style gameplay. If you want to kick back on your couch and play with a traditional controller you can, or if you want to play on the go you can.

It was also rumored that cartridges would be returning, and it looks like that rumor is somewhat true as the trailer shows a clip of someone inserting a device similar to a flash drive into the main hub.

Check out the trailer below.

The console will also come with detachable controllers on either side of the console which are being called Joy-Cons. Two players can each use one of the detachable Joy-Cons, or a single player can hold one in each hand. Gamers will also be able to bring their consoles together with ease for local multiplayer.

The trailer revealed that the Nintendo Switch is set to be released in March of 2017. The trailer also showed off gameplay footage from “Legend of Zelda: Breath of the Wild” which would seem to indicate that the game will be available either close to or on the release date of Switch.

Other games featured in the trailer include “Splatoon,” “Skyrim,” “Mario Kart,” and another “Super Mario” game.

“Nintendo Switch allows gamers the freedom to play however they like,” said Reggie Fils-Aime, President and COO, Nintendo of America in a press release. “It gives game developers new abilities to bring their creative visions to life by opening up the concept of gaming without boundaries.”

Nintendo have also revealed that the following publishers have announced support for the console: