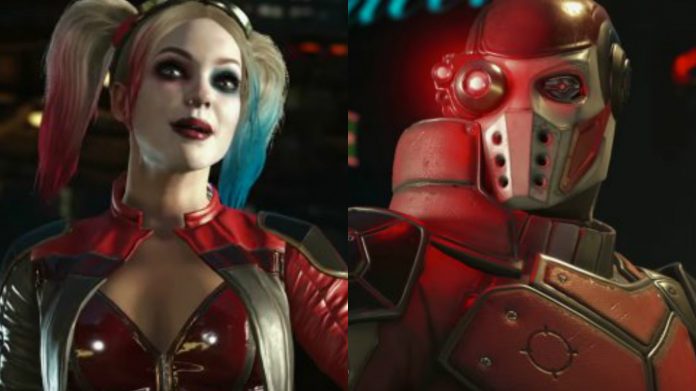 Deadshot and Harley Quinn are getting a lot of love from fans around the world right now thanks to “Suicide Squad.” Netherealm and Warner Bros. are capitalizing on the buzz with a well timed announcement and today they confirmed both characters for “Injustice 2.”

Harley Quinn will be a returning favorite as she was a playable character in “Injustice: Gods Among Us.” Deadshot will be making his console debut in “Injustice 2.”

A new trailer for the game has been released showing off new gameplay footage and multiple outfits for Harley Quinn.

You can check out the Harley Quinn and Deadshot reveal trailer below.

Build and power up the ultimate version of your favorite DC legends in INJUSTICE 2. With a massive selection of DC Super Heroes and Super-Villains, INJUSTICE 2 allows you to personalize every iconic character with unique and powerful gear. Take control over how your favorite characters look, how they fight, and how they develop across a huge variety of game modes. This is your Legend. Your Journey. Your Injustice.