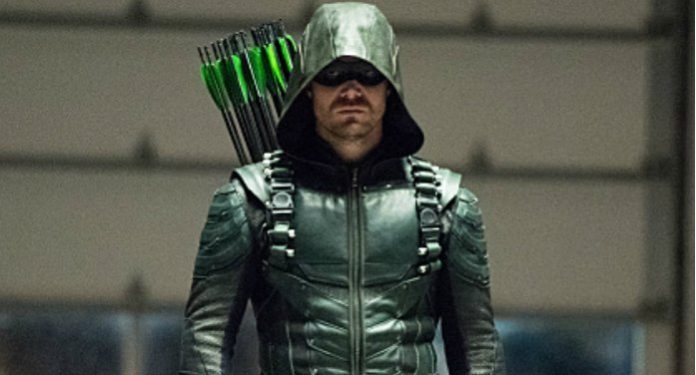 “Arrow” has been on the air for 5 seasons now, and in each season the Arrow suit has been upgraded in some way shape or form. After the events of season 3, Oliver ditched the Arrow suit and rebranded himself as the Green Arrow in season 4, and in season 5 the suit was upgraded to include long sleeves.

Related: David Ramsey On If Roy Harper Is Actually Vigilante On Arrow

The latest incarnation of the suit was arguably the best version so far, but the Green Arrow will be going through another change in season 6 as Stephen Amell confirmed at Heroes & Villains Fan Fest in New York this weekend that a new suit will be introduced.

Amell informed fans during the panel that not only will he be getting a new suit, but the Green Arrow will also be introducing a new trick arrow.

“You will see a new Arrow suit this year.” – @StephenAmell #HVFF #Arrow ⚡️

Amell was asked which trick arrow is his favorite, and that’s when he revealed that a new arrow will be debuting in the annual “Arrowverse” crossover this year.

“I like the bolo arrow a lot, and I like the arrow that I use in the crossover this year.”

A new type of arrow this year in the crossover? #HVFF⚡️ pic.twitter.com/ugEOKucyM2

It’s hard to imagine what type of improvements will be made to the Green Arrow suit this year, but it looks like we’ll find out in a few weeks.