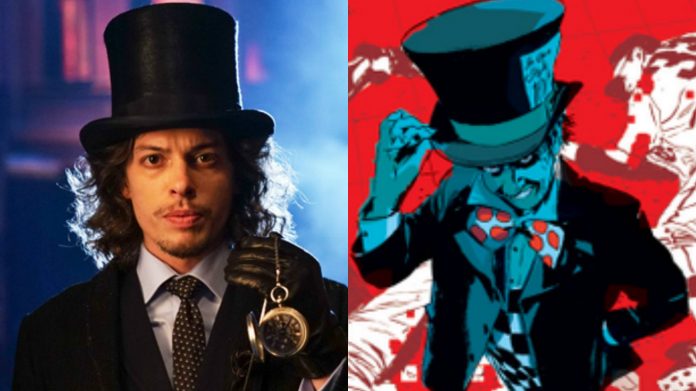 “Gotham” is going to look a little different when the show returns in season 3. Poison Ivy is going to be a fully formed version of herself, and Mad Hatter is also joining the cast.

Mad Hatter will be played by Benedict Samuel who played one of The Wolves last season on “The Walking Dead.” The official description for the character reads as follows:

“Jervis Tetch is a talented hypnotist teetering on the edge of madness. He arrives in Gotham with an unwavering desire to find his sister, Alice, a young woman who went missing in the city years ago. It is anyone’s guess just how far down the rabbit hole he’s willing to go in order to find her.”

Benedict Samuel’s Mad Hatter will be a recurring character in season 3 of “Gotham” and he’ll make his first appearance in the third episode of the new season.

EW has released a new photo showing the first look at Samuel as Mad Hatter and you can see how he looks below.