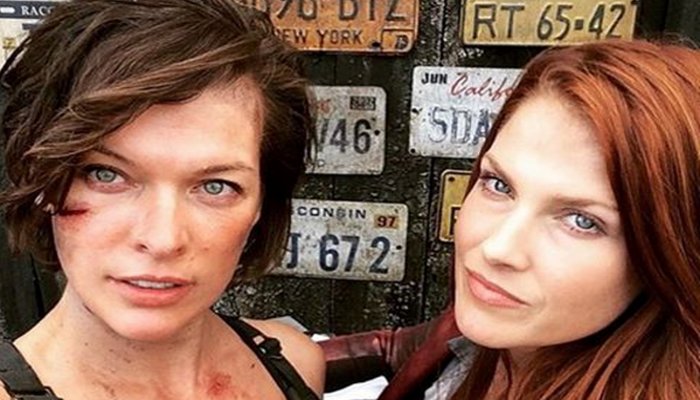 Production is now in full swing for “Resident Evil: The Final Chapter” and Milla Jovovich decided to celebrate by posing for a selfie with co-star Ali Larter. Milla will be fighting the evil Umbrella Corporation and all of their evil creations as she plays the role of Alice for the last time. The film will pick up right where “Resident Evil: Retribution” left off and it will see Alice return to Raccoon City.

The film is set to be released on January 27, 2017 and you can check out Milla Jovovich and Ali Larter as they strike a pose below.