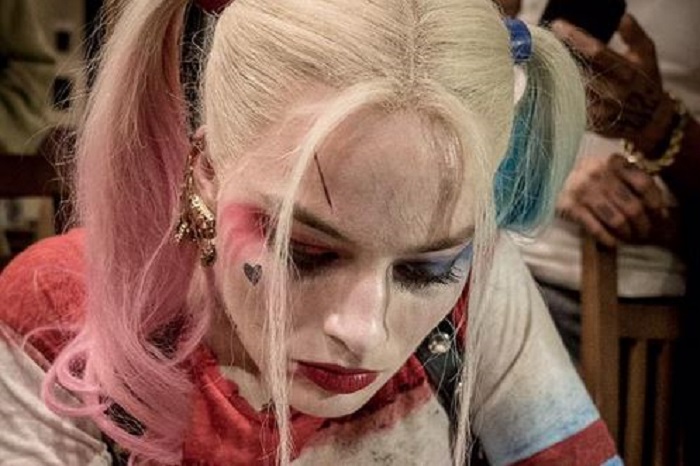 Harley Quinn isn’t afraid to pick up a tattoo gun and start drilling. “Suicide Squad” director David Ayer shared a new photo showing Margot Robbie decked out in full Harley Quinn gear giving someone a “Skwad” tattoo, which is apparently something the cast has been doing. As Will Smith did the same thing to co-star Joel Kinnaman earlier this week.

Check out the photo below.

The “Suicide Squad” crew was so impressed by her work that they even gave Harley her own tattoo parlour.