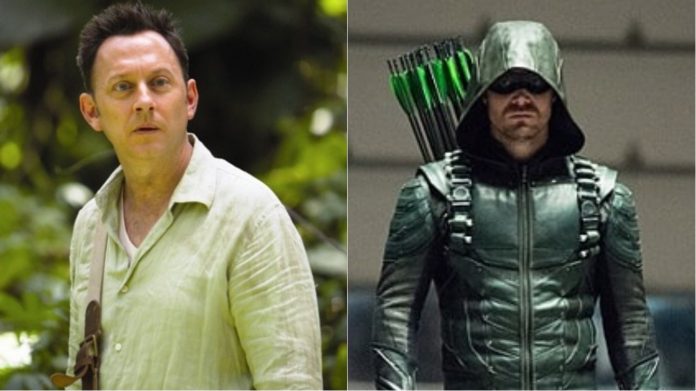 “Arrow” season 5 wrapped up in May, and most fans seem to agree that it was arguably the best season so far. Adrian Chase proved to be the perfect adversary for Oliver Queen, and he is a villain that won’t soon be forgotten, but “Arrow” fans are looking ahead to season 6 as they wonder who Team Arrow will be facing off against when the show returns in the fall.

One plot thread from season 6 that was left open was Felicity and her adventures with Helix. Felicity’s relationship with the group caused major friction in Team Arrow, especially when she helped to set Cayden James free. When asked if Helix will be returning in season 6, executive producer Wendy Mericle said, “You never know. They are still in the wind. We don’t like to leave those threads dangling.”

Even though the notorious hacker Cayden James was set free, he was never shown on camera. That’s why it’s so interesting that “Lost” and “Person Of Interest” star Michael Emerson has joined the cast in a mystery role.

EW reports that Saturday at Comic Con it was announced that Michael Emerson will be playing a mystery character in “Arrow” season 6, and it’s speculated that he will be revealed as Helix leader Cayden James.

Emerson certainly seems like he would be a perfect fit for the leader of Helix, but either way he’ll be a welcomed addition to the cast.