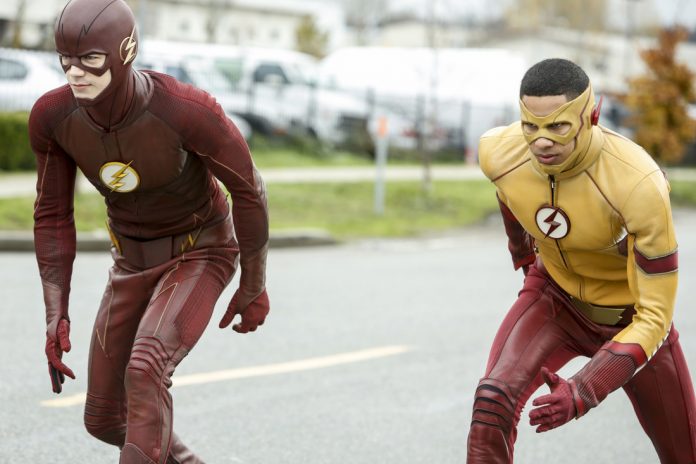 “The Flash” season 3 recently wrapped up, and the season ended with a big cliffhanger. After the Speed Force become unstable and started to cause some serious problems for Central City, Barry Allen volunteered to become a prisoner of the Speed Force in order to save everyone else.

With Barry gone fans are wondering if Wally West might be trading in his yellow suit for a red one, but it doesn’t look like that’s going to be happening right away. Newsweek asked Keiynan Lonsdale about possibly making the switch, and he said that Wally still has some growing to do.

“It’s not something that’s on my radar,” Lonsdale told Newsweek. “I feel as though there is so much story to tell and Wally has so much growing to do. I’d like to see that journey continue. That’s what I think is important. We need to see how these character realistically get to where they are headed for.”

Everyone’s wondering how the show will address Barry’s absence when season 4 premieres, but it seems that Kid Flash won’t be picking up the mantle of The Flash anytime soon.

How do you think the show will bring Barry back? Will he come back at all? Sound off in the comments below.