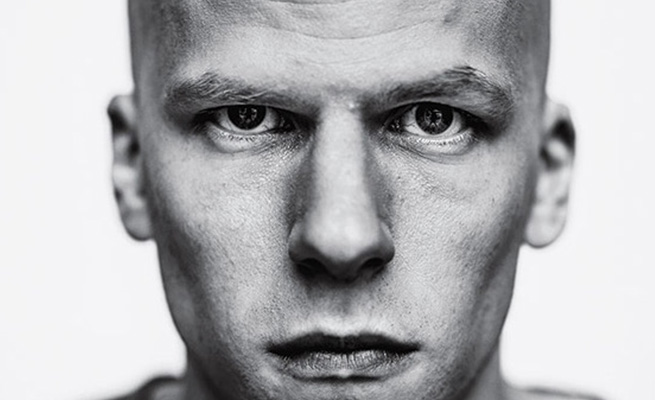 After months of secrecy an official photo of Jesse Eisenberg’s Lex Luthor was finally released a few weeks ago confirming his character is indeed bald. Jesse stopped by Late Night with Seth Myers to talk a little bit about the movie and he commented on how strange it felt for him to shave his head.

“I’ve never been able to touch my scalp. It was freezing, It was really strange. It’s the kind of thing where you felt you could really damage yourself, you want to wear a helmet… It’s terrifying. It’s terrifying.” Eisenberg said to Meyers.

You can watch the clip below and check out Batman v Superman: Dawn of Justice when it hits theaters on March 25, 2016.