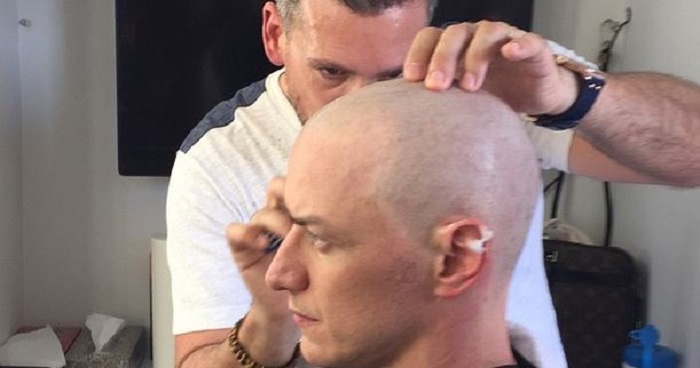 James MacAvoy has played Charles Xavier in two separate X-Men films so far and he’s been lucky enough to hold on to a nice full head of hair, up until now. It was only a matter of time until he went bald for the role and today is the day.

Director Bryan Singer posted the photo below on his Instagram which shows MacAvoy finally embracing the chrome dome for the role. Check out Charles Xavier’s new do (or lack thereof) below.