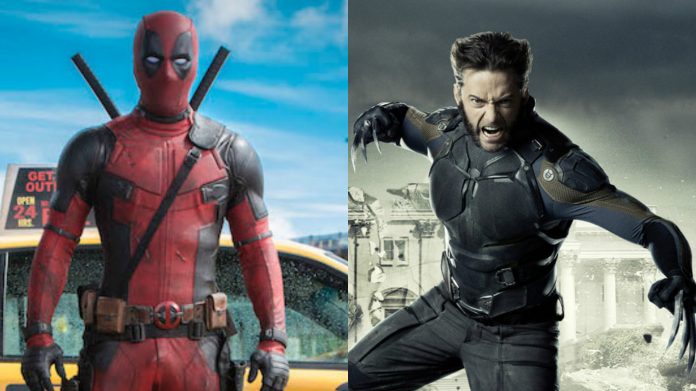 Ryan Reynolds and Hugh Jackman certainly aren’t strangers, and Reynolds hasn’t been shy about letting the world know that he wants to be part of a Deadpool – Wolverine movie. However, it doesn’t look likely right now because Hugh Jackman has publicly announced that he will be retiring from the role of Wolverine after “Logan” is released in March. But that hasn’t stopped Ryan Reynolds from hoping that it will happen.

Ryan Reynolds and Hugh Jackman recently spoke to Variety, and during the interview Reynolds noted that “he envisions a standalone movie with Deadpool and Wolverine,” although he’s not sure if Hugh has any interest.

“I would love to play Deadpool for as long as they would let me play Deadpool. We have outlines and stories for a number of different films,” Reynolds revealed. “I have no  idea if I can change his mind. It’s the audience: I would exclusively exploit that relationship to get Hugh back for another one.”

Hugh Jackman has made a big deal about his plans to retire after “Logan,” but when asked about potentially returning for a movie with Deadpool, he noted that he’s hesitant, but he didn’t flat out shoot the idea down.

“I’m hesitating,” said Jackman, “because I could totally see how that’s the perfect fit. But the timing may  be wrong.”

It remains to be seen if Reynolds and the internet can convince Hugh Jackman to return, but one way or another we still have “Logan” to look forward to. Ryan Reynolds confessed that he has seen parts of the film, and he says that it’s nothing short of amazing.

“I know first hand that it’s amazing,” he adds. “I’ve seen some of it. It’s mind-blowing.”