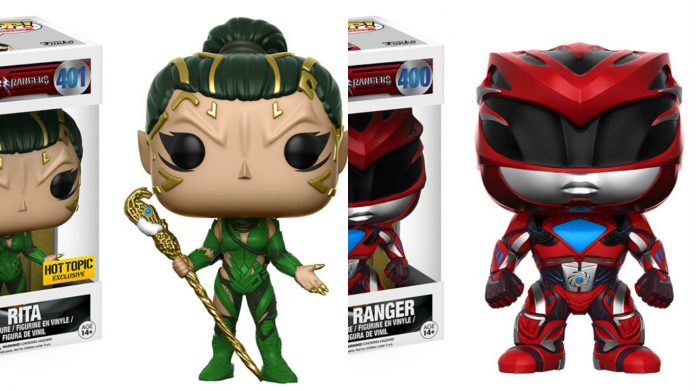 The Power Rangers reboot is set to hit theaters in March, and Funko has just announced a new series of Pop! Vinyl figures to go along with the film. Each ranger is getting their very own figure for the series, and their also getting their own keychains. Rita Repulsa won’t be getting a keychain, but her figure will be one of the hottest ones as it’s set to be a Hot Topic exclusive.

The new film will star Dacre Montgomery as Jason/Red Ranger, Naomi Scott as Kimberly/Pink Ranger, Becky G. as Trini/Yellow Ranger, RJ Cyler as Billy/Blue Ranger, and Ludi Lin will play Zack/Black Ranger. Bryan Cranston will also be playing Zordon in the film, Bill Hader has signed on to play Alpha-5, and Elizabeth Banks will be playing Rita Repulsa.

According to Funko the figures will be available soon, and you can check out some photos below.