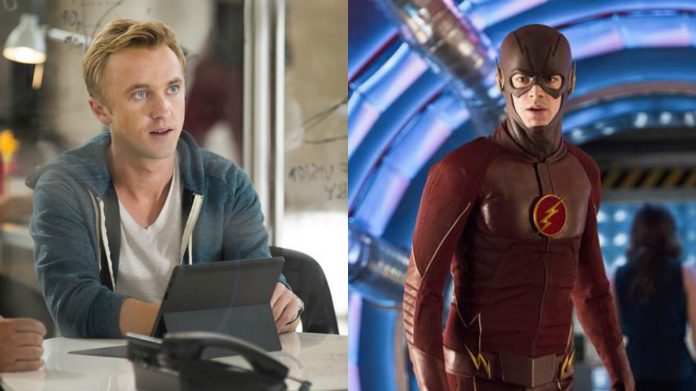 There’s less than a week to go before “The Flash” returns for season 3, and the show is going to hit the ground running.

Tom Felton will be joining the series in episode 2 of the new season, and he’ll be playing Julian Dorn, a co-worker of Barry Allen. Although Felton will be forming his own identity as Dorn, that doesn’t necessarily mean the show will be shy away from referencing his :Harry Potter past.

“I’m so excited for the references,” Felton told EW. “I don’t doubt the talent and creativity of the writers. I’ve got a feeling they’ll come up with some real good ones. I hadn’t thought about me saying it — I assumed it would come at me from Cisco — but maybe I should give it to Cisco. Maybe he should misquote something and I could correct him.”

EW also revealed the first look at Tom Felton’s Julian Dorn and you can check out a photo of him with Barry Allen and Joe West below.