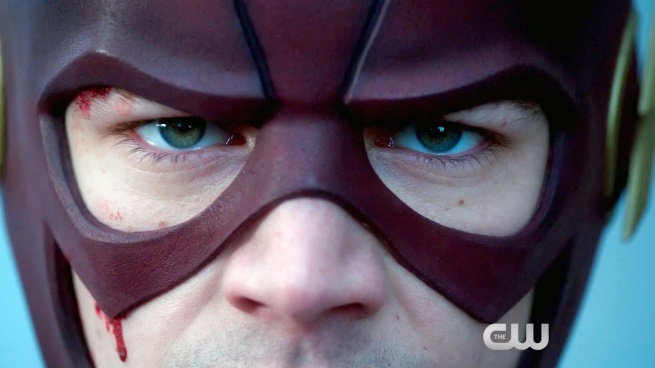 Now that Harrison Wells/Eobard Thawne/Reverse-Flash, whatever you prefer to call him is out of the picture for the time being, “The Flash” is going to need a new big bad. Grant Gustin recently revealed that the show will waste no time when it comes to introducing the next big villain for the series.

“We’re introducing a really cool big bad that’s going to be revealed kind of immediately, so that will be really cool.” Gustin revealed at the Saturn Awards.

He also talked about his involvement with “Legends of Tomorrow”:

“I’m going to be a part of that right out of the gates as well. I get to be Flash on three TV shows. I was unemployed a year and a half ago, so that’s pretty cool.” Grant said.

Gustin also mentioned that he was a big fan of Superman growing up and more. You can check out a clip below.