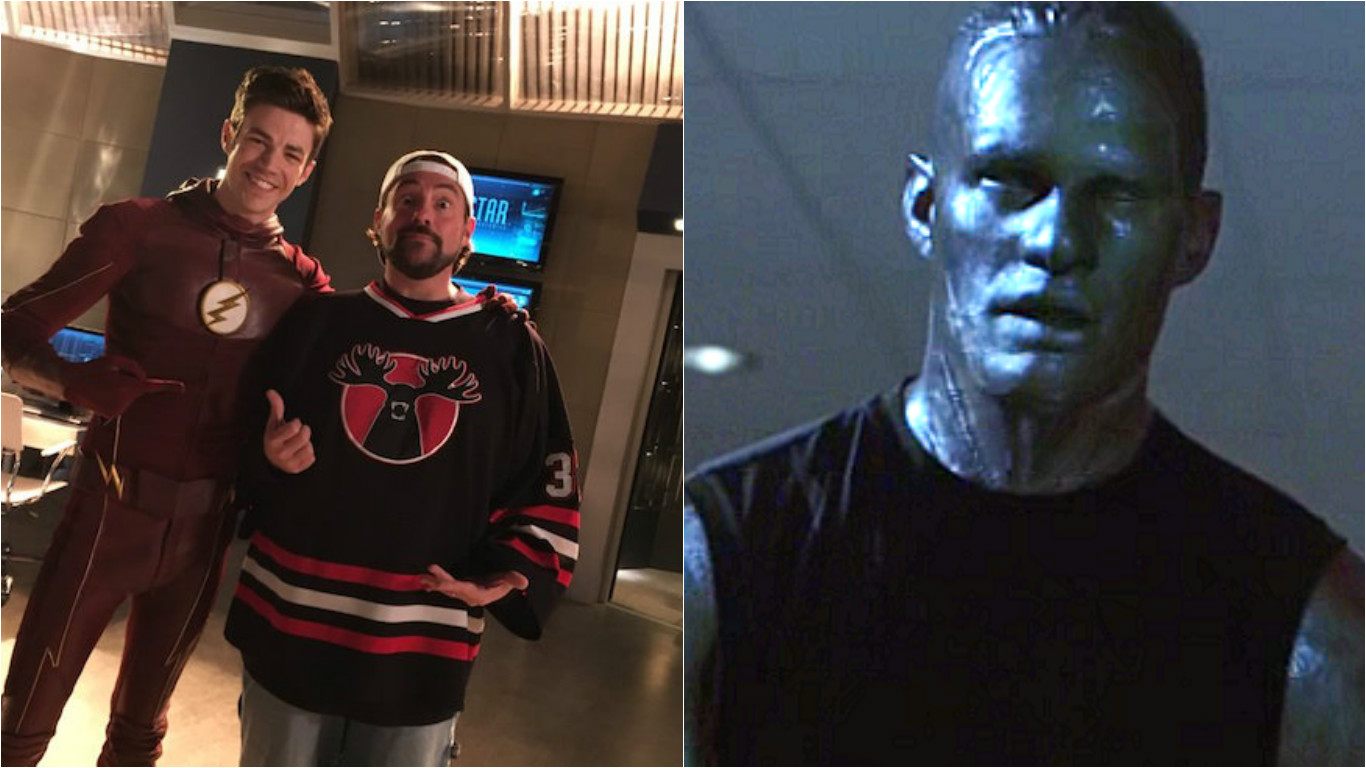 Kevin Smith recently directed an episode of “The Flash” and he’s been hyping it up big time on social media. It’s now been revealed that the episode is titled “The Runaway Dinosaur” and it is set to air on May 10. The episode will feature the return of Girder and you can check out the official synopsis below.

THE FLASH — “The Runaway Dinosaur” — (8:00-9:00 p.m. ET) (TV-PG, LV) (HDTV) KEVIN SMITH DIRECTS — With Barry (Grant Gustin) gone, the team must figure out a way to handle the return of an old enemy — Girder (guest star Greg Finley). Realizing Girder is retracing his steps from his last attack, Iris (Candice Patton) volunteers to act as bait to trap him in S.T.A.R. Labs. Meanwhile, Barry fights to return to his old life. Kevin Smith directed the episode written by Zack Stentz (#221). Original airdate 5/10/2016.