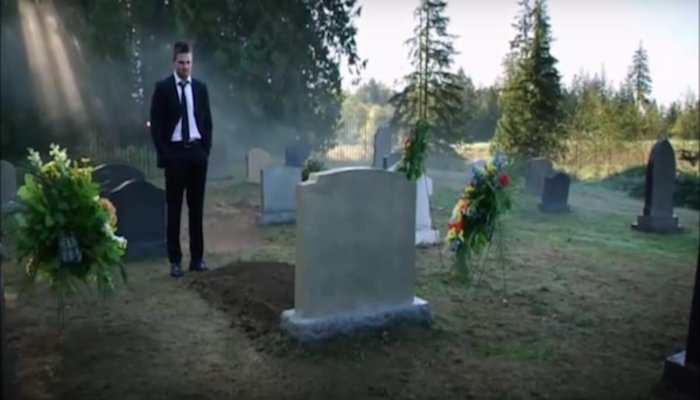 We know someone is going to die this season on “Arrow” because at the end of the season 4 premiere we saw a flash-forward showing Oliver and Barry standing in front of a grave. But who’s going to be occupying that grave? That’s the question on everyone’s minds.

David Ramsey recently spoke to EW.com about who he thinks might be in the grave and noted that he’s made it a point to show up early to work ever since he saw the scene.

He also added that he legitimately doesn’t know who’s in the grave.

“They’re offing people every year. It reminds me of when I used to do Dexter. I used to go to the back to the script and see if it’s me who dies. I haven’t done that yet. I don’t know who it is.” Ramsey added.

He went on to give his theories about why it might or might not be a certain character. When talking about his own character Diggle, he said that he doesn’t think it would be Diggle because he thinks Diggle’s funeral would have more in terms of a military ceremony. But he also mentioned that it could be Diggle and that the flag could just be out of place.

He went on to talk about why he doesn’t think it will be Felicity, Thea, Laurel or Quentin Lance. He did however bring up the possibility of it being someone from Oliver’s past or someone we haven’t met yet.

Ramsey didn’t exactly commit to a straight answer but he did give some detailed explanations about why he thinks the show would hesitate to kill off certain characters. You can read more details about his theories here.