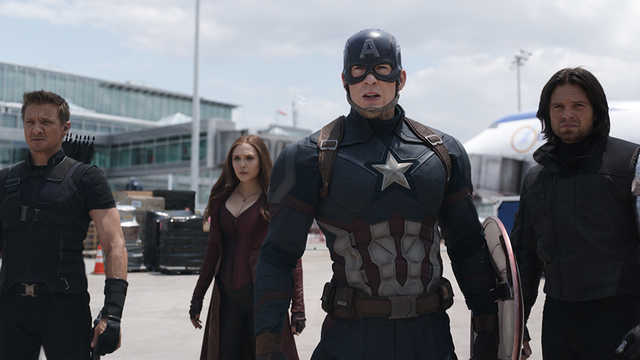 “Captain America: Civil War” may have a lot of different characters in it. But at the film’s heart it’s still a movie about Captain America. Much of the focus when it comes to Captain America’s story arc this time around will focus on his friendship or “bromance” if you will, with his best friend Bucky Barnes.

Bucky made some bad choices while under the influence of some very bad people and Steve wants to protect him. That’s where a great deal of the movie’s conflict will come from. “Civil War” co-director Joe Russo recently talked about the relationship between Captain America and The Winter Solider with Empire and he referred to it as a “love story.”

“What’s fascinating about the Cap-Bucky story as well is it’s a love story. These are two guys who grew up together, and so they have that same emotional connection to each other as brothers would, and even more so because Bucky was all Steve had growing up.” Russo said.

So it sounds like this movie is going to be heavy on the bromance which was to be expected. But things can get pretty out of hand when you throw the words “love story” into the mix. Sebastian Stan also chimed in and noted that he prefers to think of Steve and Bucky’s relationship as a brotherhood.

“I have no qualms with it but I think people like to see it much more as a love story than it actually is. It’s brotherhood to me.” Stan sai.

“Captain America: Civil War” opens everywhere on May 6 and you can check out the latest trailer below.