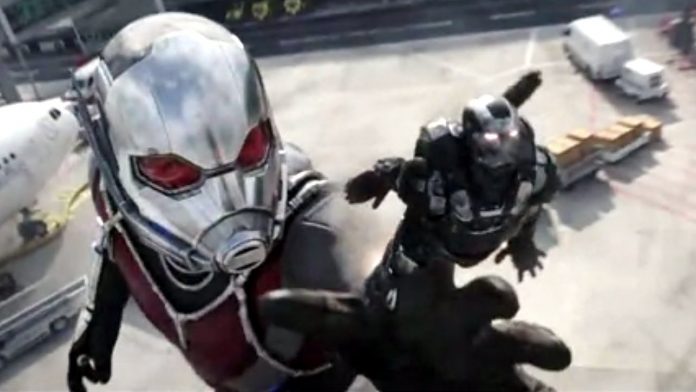 “Captain America: Civil War” juggled an extensive roster of characters, but luckily the film did it rather well.

The movie introduced new characters into the MCU such as Spider-Man and Black Panther, and it also brought back characters that we were already familiar with such as Scarlet Witch, Vision and Ant-Man.

Paul Rudd made his second MCU appearance as Scott Lang in “Captain America: Civil War” but there was something a little different about him this time around. Lang took a chance during the epic airport battle scene, and transformed into Giant-Man. His transformation helped to create one of the film’s more memorable scenes and it was indeed a spectacle to behold.

Every idea has to start somewhere, and before Giant-Man hit the big screen, visions of what he might look like came together through concept art. Now artist Andy Park has shared his Giant-Man concept art with the world. The artwork shows more than just Giant-Man as other members of the MCU can be seen in the picture as well. Check it out below.