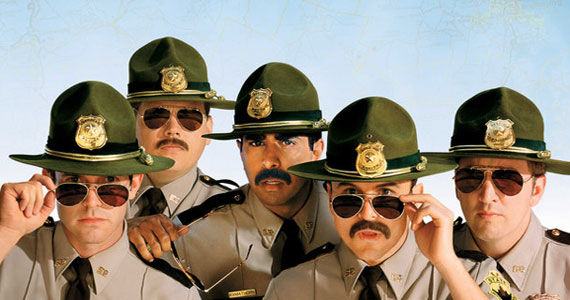 For those of you that haven’t heard the news, Super Troopers 2 is officially a go now after Broken Lizard managed to raise over $2 million dollars for the project in only 24 hours. The comedy group opened up a crowdfunding campaign on IndieGogo.com which is just about to reach $3 million dollars as of this writing. It’s not hard to believe that people are willing to get behind this as the fans have wanted it for a long time and the prizes that Broken Lizard offer for the campaign are just phenomenal.

As a way to say thanks to the fans Broken Lizard will be live tweeting during the original Super Troopers when it airs today on Comedy Central at 6:50 pm Eastern time. Of course they’re also still encouraging people to donate to Super Troopers 2 promising that the more they make the better the film will be. You can donate by clicking HERE and see what the group had to say below.