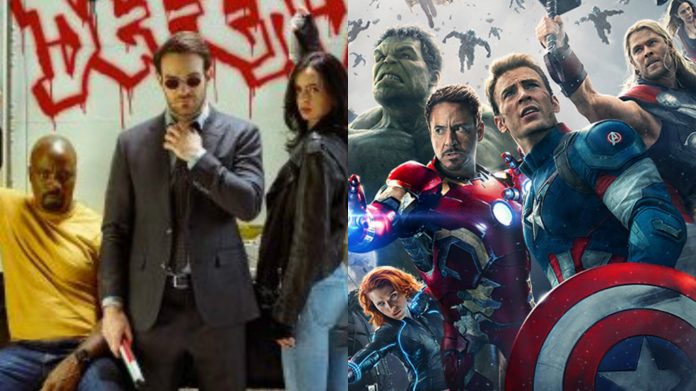 The films of the Marvel Cinematic Universe have been huge hits at the box office, and Marvel’s TV shows have also been doing quite well on Netflix. Marvel has been telling fans from the very beginning that when it comes to their live action universe “it’s all connected” but sometimes it doesn’t feel that way.

The Marvel Netflix shows have been going strong for a while now, but we have yet to see characters like Daredevil, Jessica Jones or Luke Cage appear in the film world. Actor Anthony Mackie who plays Falcon in the MCU recently spoke during a panel at Wizard World in Cleveland, and he doesn’t think a crossover would work (via ScreenGeek).

It’s hard to deny that the film and TV universes are drastically different when it comes to tone. The shows on Netflix are dark, violent and gritty, whereas the films are usually made to be all ages appropriate. Still, there are quite a few fans out there who would love to see characters like Daredevil interact with The Avengers.

Will it happen? Hopefully. But it doesn’t sound like it’s going to happen anytime soon.