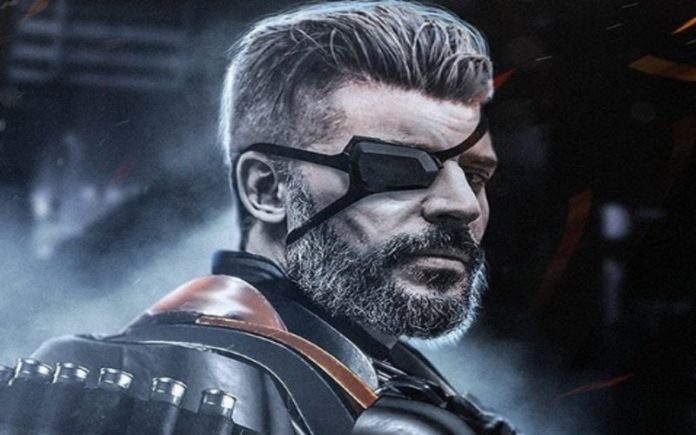 Ben Affleck dropped a big bomb on comic fans yesterday when he revealed that Deathstroke is coming to the DCEU. It looks like we may be seeing an appearance from Deathstroke in “Justice League” and it’s also been rumored that he will be the main villain of Ben Affleck’s solo film.

Neither DC or Warner Bros. have made any official casting announcements regarding who will be playing Slade Wilson on the big screen. But one of the fan favorites for the role seems to be Joe Manganiello.

Manganiello has been rumored for the role for a long time, and there are a few key signs that may prove he’s the man under the Deathstroke mask. Joe Manganiello revealed on Twitter that he is in London where “Justice League” is currently filming, and he’s also been seen sporting a Slade Wilson-esque goatee as of late.

You can check out a recent photo of Manganiello below.

Graphic artist Boss Logic recently created some pictures showing what Joe Manganiello could look like as Deathstroke, and to no one’s surprise he appears to be a perfect fit.

We can hope @JoeManganiello #deathstroke