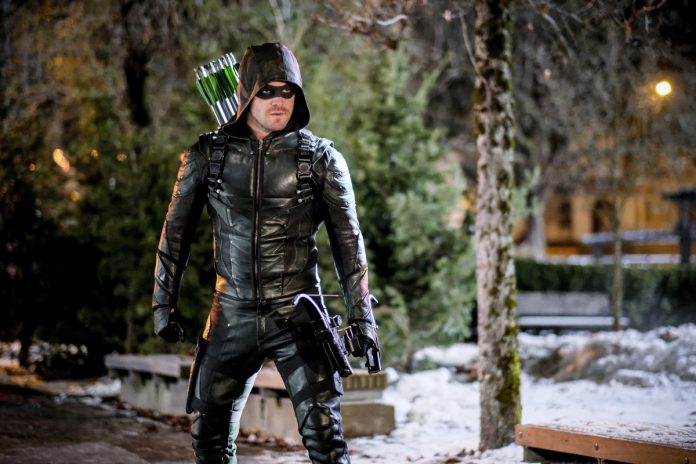 This week’s episode of “Arrow” was titled “The Sin-Eater” and to no one’s surprise it featured Oliver Queen making some poor choices. Oliver’s love life has been known to get him in trouble from time to time and it happened once again this week.

All season long viewers have known that there’s something shady about Susan Williams and this week she straight up asked Oliver if he’s the Green Arrow. Oliver said yes, then he backtracked and said he was joking.

He later spoke to Thea about Susan Williams and he told her that he handled the situation, but clearly Thea didn’t agree. Thea then enlisted the help of Felicity and Felicity hacked Susan’s computer and planted some incriminating evidence that discredited her as a journalist.

All of this was done behind Oliver’s back, so when he found out he confronted Thea and he berated her. He tried to make up for his awful behavior later in the episode, but it just wasn’t enough for the users of Twitter.

Twitter didn’t react well to Oliver Queen’s actions this week and you can see 10 of the funniest reactions below.

Imagine carrying more about your dick than:
Killing a Cop
Helping find a murderer
Your Sister
Your "always"
Oliver Queen can relate. #arrow

Remember when Oliver Queen banged his girlfriend's sister? Well, I liked him more THEN. #Arrow

Spoiler: The real Oliver Queen was abducted by aliens in 5.01 & is holed up on a ship, fighting his way back to earth. Will appear in 5.23. pic.twitter.com/gB4MFJCwPT

Me at Oliver Queen in Season 5… pic.twitter.com/BB3nv4Ibwu

Moira in heaven looking down upon her daughter #Arrow pic.twitter.com/4DD2n6RvH6

the fact that the writers made thea apologize while oliver queen has never apologized for anything in his life pic.twitter.com/3wDq6xPkKO