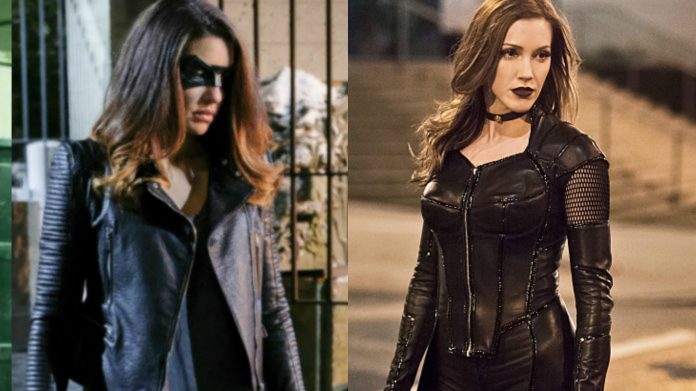 Fans lost one of their favorite characters in “Arrow” season 4 when Laurel Lance was killed at the hands of Damien Darhk, and the members of Team Arrow were left without a Black Canary. Shortly before Laurel Lance died in the hospital, she made Oliver Queen promise to recruit a new Black Canary, and in season 5 he honored her request.

Related: Manu Bennett Is Still Reportedly Returning To Arrow Even Though He Says He Isn’t

After failing to redeem Earth-2’s Black Siren, Oliver and company headed to Hub City to recruit Dinah Drake, and she’s been a welcome addition to the team. Unlike Laurel Lance, Dinah actually has a legitimate Canary Cry due to the fact that she’s a metahuman, and actress Juliana Harkavy also has great chemistry with the rest of the cast.

Black Siren is currently locked up on Earth-1, but it’s been confirmed that she will be returning before season 5 ends, and that Katie Cassidy will be a series regular in season 6.

Juliana Harkavy recently spoke to TV Line about life on the “Arrow” set and she said that she’s not sure if Black Siren and Black Canary will face off, but it certainly sounds like something she would interested in filming.

“I actually don’t know if a face-off is in store, but that would be epic!”

When Dinah Drake first joined the team, many fans were wondering if she would eventually become romantic with Oliver. Harkavy noted that Dinah is fond of Oliver, but there doesn’t seem to be any romance in their relationship just yet.

“I think that these are the people she’s allowed herself to get closest to in a very long time. This is the first group that she’s allowed herself to be vulnerable with. Oliver was the one who sought her out and let her in, so her connection to him in particular is a special one. She has a particular fondness for Oliver — not in a romantic way, but as a partner. And with Diggle, he’s the second in command, and that appeals to Dinah. She likes to sort of team up and go on runs with him. He’s a competent fighter and so is she.”

“Arrow” will return on April 26th.