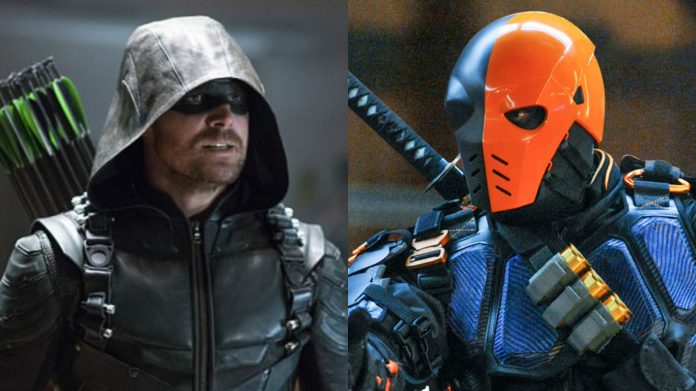 The past few days have been an emotional rollercoaster for fans of “Arrow.” Earlier this week Stephen Amell welcomed Manu Bennett back to the cast, and executive producer Marc Guggenheim also confirmed Bennett’s return. However, Bennett himself took to Twitter to deny that he’s returning to the show, and things became confusing very quickly.

Fans have been waiting a long time to see Manu Bennett reprise his role as Deathstroke, but the actor posted a photo on Twitter showing that he’s not the one filming scenes in the Deathstroke costume right now because he’s busy filming “The Shannara Chronicles.”

Despite the fact that Bennett is denying his return, TVGuide.com reports that sources have confirmed he is indeed returning to “Arrow.” Deathstroke is set to appear in the season 5 finale, and Bennett will reportedly begin shooting his scenes next week.

As for why Bennett has been denying his return, TV Guide speculated that there may have been some sort of miscommunication with his agent, or more than likely he’s just trolling fans on social media.

“Arrow” will return on April 26th with “Dangerous Liaisons.”

Oliver (Stephen Amell), Team Arrow, ARGUS and the SCPD kick off a citywide manhunt for Adrian Chase (Josh Segurra). Helix tells Felicity (Emily Bett Rickards) they have a way to find Chase but they will need something big, and illegal, from her in return.