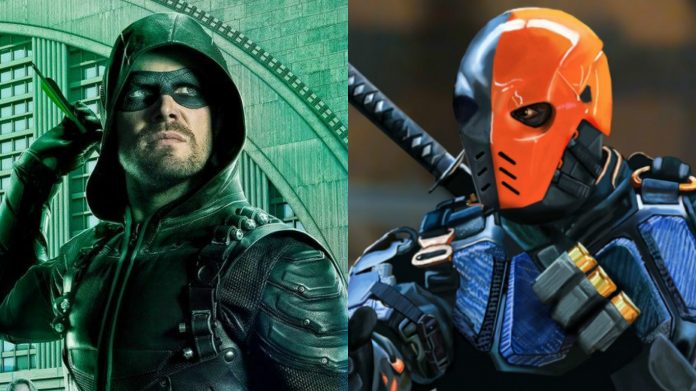 Most “Arrow” fans agree that Deathstroke is the best villain that the show has presented so far. Slade Wilson was an integral part of the first two seasons, and at the end of season 2 he was defeated by the Arrow.

Obviously it made sense for Oliver Queen to come out on top in his rivalry with Slade Wilson, but many fans were upset when Slade returned for an episode in season 3 where he was easily defeated by Oliver and Thea on Lian Yu.

Manu Bennett spoke out about the way that Deathstroke was used in season 3, as he feels that the beating he took at the hands of Oliver and Thea only added “insult to injury.”

Bennett received some backlash for making the comments, but he noticed that a lot of fans agreed with him. Manu recently spoke to Digital Spy about his comments and how Deathstroke was built up and he noted that the “next phase” will likely determine how Deathstroke is to be perceived in the “Arrowverse.”

“Maybe that was a bit unfortunate, because it got exacerbated by the way people would tweet it, it was like, ‘How dare he bash these producers who’d given him this opportunity?’ – all this sort of stuff. But I think the comments that I made had a huge resonance with most fans, who agreed that Deathstroke is meant to be this undefeatable force. We built him up to that and then I guess the next phase is what will determine what all that means.”

Deathstroke was one of the most popular characters on “Arrow” and there are many fans hoping to see him return, but Bennett teased that if he does return we won’t see it coming.

“There’s a lot of fans wanting Deathstroke back,” he said. “If Deathstroke shows up again on Arrow, everyone will be a lot happier if they didn’t know [in advance].”