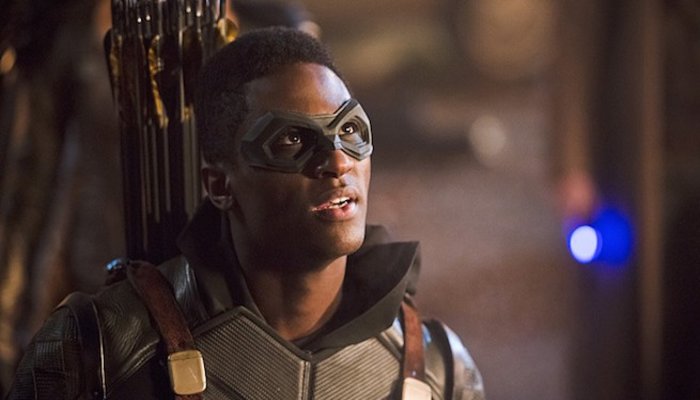 During the first season of DC’s “Legends of Tomorrow” the team ended up landing in Star City in the year 2046, and it wasn’t anything like the Star City they had left behind. The city had become overrun with criminals, and a mysterious young man named Connor Hawke had taken over for the Green Arrow.

It was later revealed in the episode that Connor Hawke was the son of John Diggle, and that in the “Star City 2046” timeline, his father had been killed during an uprising in Star City which was led by Deathstroke.

At the time Connor Hawke’s appearance left fans with a lot of questions because John Diggle didn’t have a son when the episode aired, he had a daughter, but the events of “Flashpoint” have changed all that. John Diggle Jr. now exists in the current timeline and now everyone is wondering whether or not he will grow up to become Connor Hawke.

Executive producer Marc Guggenheim recently spoke to EW about whether or not John Diggle Jr. will end becoming Connor Hawke, and it seems that the idea is still being discussed.

“We go back and forth on that,” EP Marc Guggenheim noted. “That was certainly a notion of ours. It’s hard for me to honestly answer the question without committing to a version of time travel, because in order for that to be the case, then Flashpoint would’ve had to have happened. You start to get into the very, very complicated time travel rules that, quite frankly, I as a writer don’t have an appetite to answer unless we tell a story one day that deals with John Jr., and even then, I don’t know if we would directly address that issue head on. Anyone who watches Legends knows that, by design, we don’t spend a lot of time discussing temporal mechanics — some people like that and it annoys the hell out of other people.”

“Arrow” and DC’s “Legends of Tomorrow” will return with new episodes in January.