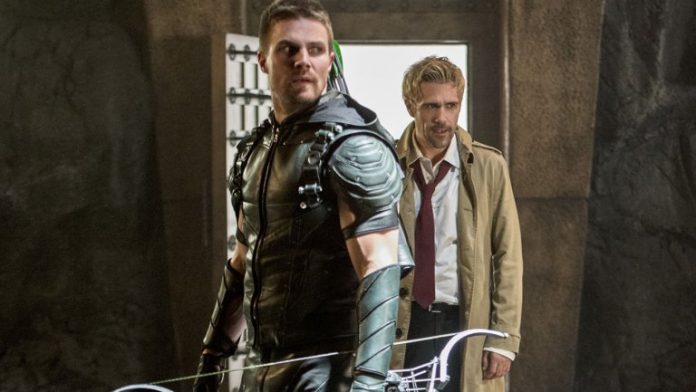 “Constantine” certainly had a following, but it wasn’t enough to keep the show going. After a run on Friday nights, NBC decided to cancel the show after just one season.

Fans did everything they could to save the show, even starting petitions that gained massive amounts of support. Unfortunately it wasn’t enough to bring “Constantine” back for another season, but it caught the attention of several important producers over at the CW.

Constantine was written into the “Arrowverse” as an old friend of Oliver Queen’s and he made an appearance in one episode of season 4.

Matt Ryan’s performance as Constantine received rave reviews and the fans seemed to love having him on the show. Everyone’s been wondering if we’ll be seeing Constantine again in the future, but unfortunately it doesn’t sound like we’ll be seeing him anytime soon according to “Arrow” creator Greg Berlanti.

“We haven’t had any conversations with them about Constantine,” Berlanti told reporters during the Television Critics Association press tour.

So there you have it, there aren’t any plans to the character back in the immediate future, but Berlanti isn’t ruling anything out.

“Constantine exists in a certain place in the DC world and universe,” Berlanti added. He noted that he believes people are the CW are, “Kind of internally examining what they want to do with that character next.”

Which show would you like to see Constantine make an appearance on if he’s brought back into the fold? Sound off in the comments below.