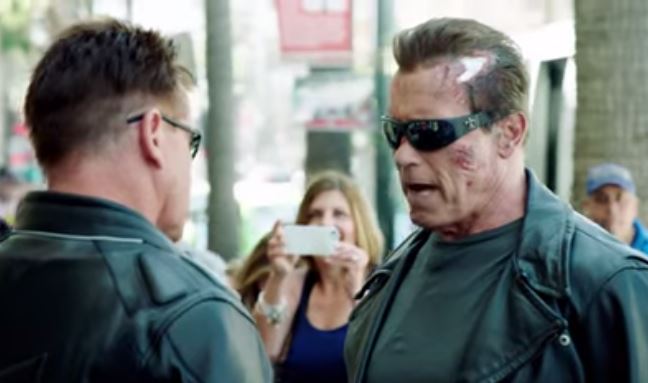 Arnold Schwarzenegger is no stranger to pranks. This man has a great sense of humor and he’s not shy about playing jokes on the fans.

He recently posed as a wax Terminator as part of Madame Tussauds Wax Attraction exhibit in Hollywood and he pulled it off beautifully. Of course the fans were shocked to find out that the supposed wax figure looked so much like Arnold, because it actually was Arnold.

He used the prank as a way to generate buzz for the upcoming release of “Terminator: Genisys” but also to raise charity for the After-School All-Stars charity. You can check out the awesome prank below: