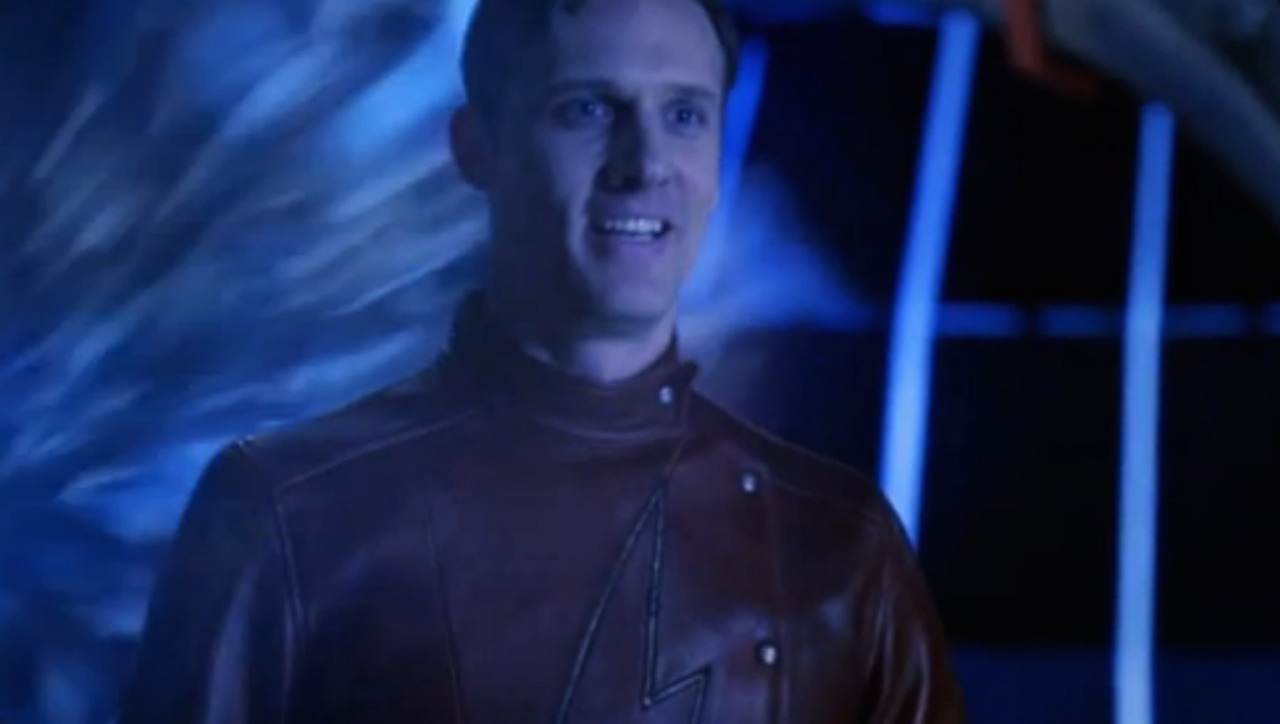 The Earth-2 saga continued this week on “The Flash” with “Escape From Earth-2.” Last week’s episode was amazing and this week’s episode raised the stakes in every way. It’s less than a day old and it’s already being referred to as one of the best episode of the series by fans of “The Flash.”

“Escape From Earth-2” definitely had its fair share of memorable moments and we’re here today to take a look at 6 things we can’t stop talking about from the episode.

Team Flash had to turn to an unlikely all this week as they asked Killer Frost for help finding Zoom’s lair. Killer Frost wasn’t easily sold on the idea of turning on Zoom but eventually she came around. Not before she tried to kill Team Flash of course. We probably shouldn’t be surprised though. As Earth-2 Barry Allen pointed out, her name does start with Killer after all.

The alliance was shaky at best, but in the end Killer Frost played a vital role in making sure the good guys saved the day. Hopefully she doesn’t end up paying the price for it with Zoom.

#5 – Harrison Wells Gets His Daughter Back

Harrison Wells of Earth-2, let’s just call him Harry, has spent the better part of this season trying to get his daughter back from Zoom. During “Escape From Earth-2” Harry was finally able to free Jesse Quick with a little help from his friends.

It was a heartwarming moment seeing Jesse finally free of her shackles and reunited with her father. Now that Harry has his daughter back he can get down to business and help the team find a way to stop Zoom.

Earth-2’s Barry Allen jumped right into action when he found out Iris was going with Team Flash to stop Zoom. However it didn’t take long for him to find out he was in over his head. Still, he carried on and he was the key player that ended up motivating The Flash to do the same.

If it wasn’t for Earth-2 Barry Allen’s little pep talk, Earth-1 Barry Allen would still be in that speedster proof box and we can’t have that. The Flash has a city to save and a super-villain to stop.

Barry Allen of Earth-2 might not be The Flash. But he proved that he can still be a hero in his own little way.

Can we please talk about the security problem at S.T.A.R. Labs? Seriously it is way too easy for metahumans to get in there and this week Geomancer made himself right at home.

The good thing is that S.T.A.R. Labs is equipped with the right weapons to fight metahumans. After a little bit of work Iris and Caitlin were able to put Geomancer down thanks to Caitlin’s poor but effective aim with an anti-metahuman weapon.

Another thing worth mentioning is Jay Garrick’s whereabouts during Geomancer’s attack. Where was he? He said he was going to catch some sleep but are we really supposed to believe that Jay could have slept through an earthquake?

Well, let’s take a look at the facts. Once he was able to establish a line of communication with Barry and Jesse, he spelled out the name Jay Garrick. Then when Barry said Jay Garrick was fine on Earth-1, the person in the mask started to get upset and bang on the box. It’s also worth mentioning that the man in the mask was trapped in a speedster proof box like Barry and not just shackled up behind bars like Jesse.

Whoever this person is they seem awfully fixated on Jay Garrick. There’s no doubt a much bigger story to be told here and there’s something sketchy going on with Jay. He wasn’t around when Geomancer attacked S.T.A.R. Labs and the man in the iron mask freaked out when Barry said Jay was ok on Earth-1.

After Harry, Jesse, Barry and Cisco returned from Earth-2 you just knew something terrible was going to happen. Jesse had been rescued and the breach had seemingly been closed. Naturally everyone assumed that the day had been saved. Unfortunately that wasn’t the case.

After Team Flash returned ,Jay took a little victory walk up to the Speed Cannon and that’s when Zoom’s hand appeared as it cut straight through Jay’s chest. The episode left us on an epic cliffhanger as Jay Garrick appeared to be killed by Zoom right before Zoom pulled his body through the breach.

So is Jay Garrick really dead? We should know by now that nothing is as it seems when it comes to “The Flash.” There’s some sort of twist here and we just can’t see it yet.

What’s your favorite fan theory stemming from this week’s episode? What do you think is really going on with Jay Garrick? Sound off below.