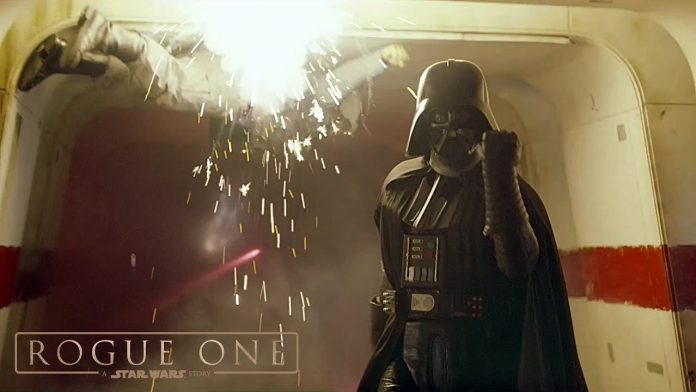 “Rogue One: A Star Wars Story” was a huge success. The film made massive amounts of money at the box office, and most Star Wars fans seem to agree that the movie was pretty damn good.

Related: Rian Johnson Shares A Photo Of The Opening Crawl From Star Wars: The Last Jedi

“Rogue” one was certainly darker and more violent than some of the previous Star Wars films, and by the time everyone left the theater, they were talking about Darth Vader. The iconic villain was used sparingly throughout “Rogue One” but at the end of the film he was unleashed and he stole the show when he slaughtered a group of rebels.

The scene was truly a sight to behold and now it has surfaced online. If you haven’t seen it yet, prepare to be impress and if you have already seen it, prepare to enjoy it once again.

Former scientist Galen Erso lives on a farm with his wife and young daughter Jyn. His peaceful existence comes crashing down when the evil Orson Krennic takes him away from his beloved family. Many years later, Galen is now the Empire’s lead engineer for the most powerful weapon in the galaxy, the Death Star. Knowing that her father holds the key to its destruction, a vengeful Jyn joins forces with a spy and other resistance fighters to steal the space station’s plans for the Rebel Alliance.