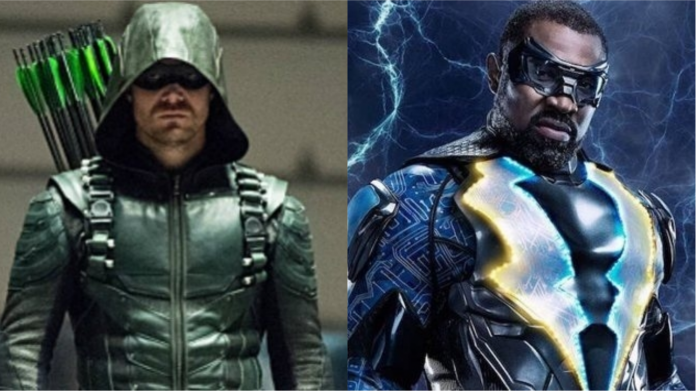 The CW is loaded with DC TV shows right now, and so far 4 out of the 5 of them have been involved with crossovers.

“Black Lightning” is the newest show to join the lineup on the CW, but as of right now the series is not officially part of the “Arrowverse.”

But due to the fact that the “Arrowverse” exists in a multiverse, it would be very easy to bring “Black Lightning” into the mix at some point in the future.

There are plenty of fans out there who would love to see Black Lightning fight side by side with the Green Arrow or The Flash, and during a recent panel at Awesome Con, Stephen Amell shared his thoughts on the subject.

Each and every year the four way crossover has been getting bigger and bigger, and fans are anxiously waiting to see how the network will top “Crisis On Earth-X.”

It seems that the only way to go bigger now is to make the four way crossover a five way crossover by bringing in Black Lightning.