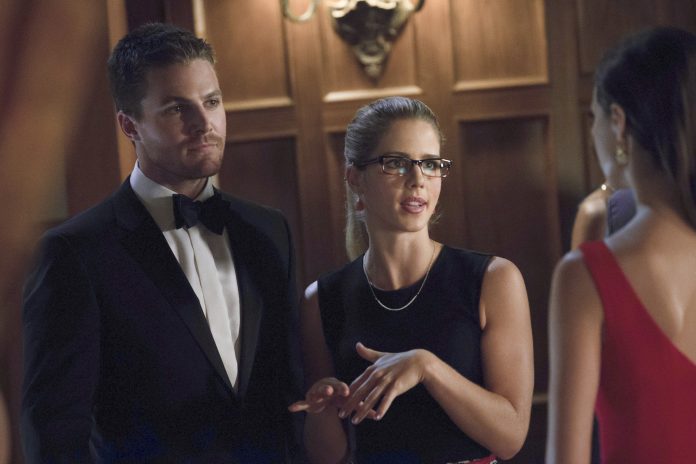 “Arrow” season 5 is coming in October and by the time we had reached the end of season 4 Oliver Queen and Felicity Smoak had broken up. That’s right, Olicity was no more.

Recently there’s been a rumor going around claiming that Felicity will be getting a new boyfriend in “Arrow” season 5, and Emily Bett-Rickards confirmed the rumor when she recently spoke with with TV Line at Comic-Con.

“It is a true rumor. She steps on it pretty hot off the bat,” Rickards revealed, “You’ll meet him quite quickly.”

After Emily confirmed the rumor everyone’s attention turned to Stephen Amell when he was asked how Oliver Queen is going to feel about Felicity’s new man.

“Arrow” will return for season 5 on October 5th and you can check out the full interview below.