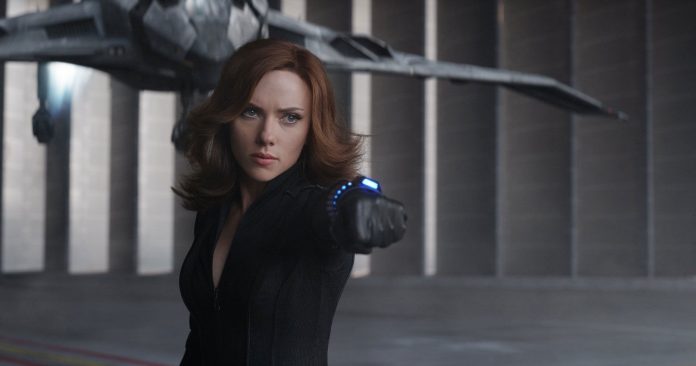 Marvel has done some pretty amazing things with the MCU. Many of their characters have been able to step into the spotlight with their own standalone films, which makes it easier to connect with them when they team up for big ensemble movies such as “The Avengers.”

However, one popular character who hasn’t starred in her own standalone film is Black Widow. She’s a key member of the Avengers, and fans have been asking for a Black Widow solo movie for years, but still, Marvel has yet to make any official announcements.

The good news is that Marvel Studios is planning to release a “Captain Marvel” movie in 2019, starring Brie Larson as the title character. So, hopefully that will open the door for Marvel to make more female fronted films.

As for Scarlett Johansson, she’s still down to step up into the lead role and give Black Widow the standalone film she deserves. Johansson recently spoke to Variety and when she was asked about a potential Black Widow she said that she would like for it to happen.

Scarlett cited Widow’s origin story as something that might make for a good film.

“I would like for it to happen under the right circumstances. I think there’s a lot of opportunity to mine that story line. She’s got a really rich origins story. There’s a lot of places you can go — you can bring it back to Russia. You could explore the Widow program. There’s all kinds of stuff that you could do with it. You could really uncover the identity of who this person is, where she comes from and where she’s part of.”

Of course she also noted that the film wouldn’t necessarily have to be an origin story and that there are other directions the movie could take.

Having Scarlett on board is one thing, but we all know that this film isn’t going to happen unless Marvel makes it happen. Scarlett confirmed that she is still talking to Marvel about a possible Black Widow standalone film, but she noted that her skin-tight catsuit wearing days will be coming to an end at some point.