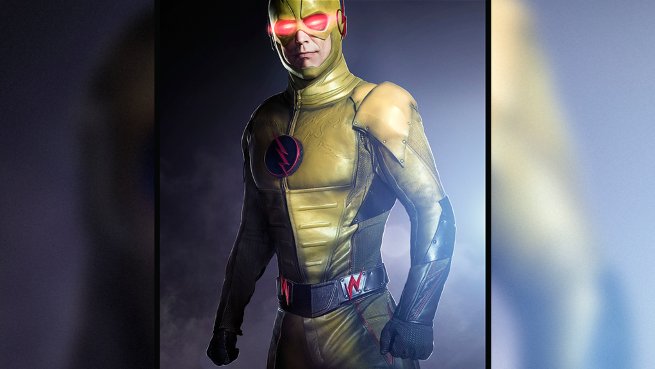 So far “The Flash” has been nothing but phenomenal and the new sizzle reel from WonderCon 2015 has us convinced that the best is yet to come. We see scenes from a battle involving the Reverse Flash, Arrow, The Atom as well as Firestorm. We also get to see Barry and Caitlin lock lips.

To amp up the excitement, an action-packed trailer from The Flash team offered fans an extended preview of the final episodes of the breakout hit series’ lightning charged first season. The exclusive sneak peek not only featured guest star Emily Kinney (The Walking Dead) as Central City’s latest meta-human menace Brie Larvan aka Bug-Eyed Bandit, and the return of a few fan-favorite Rogues in The Mist, Weather Wizard & Rainbow Raider, but also featured a few familiar faces from Starling City’s Team Arrow, including Brandon Routh (as The Atom) and a glimpse of Arrow’s Stephen Amell standing shoulder to shoulder with cousin Robbie Amell (as Firestorm) and the Scarlet Speedster himself!