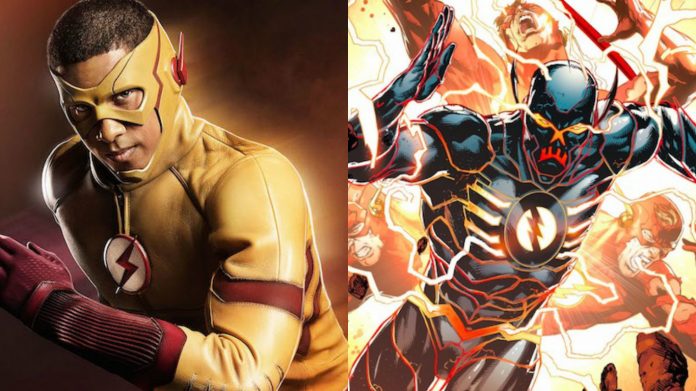 Fans have been waiting to see Wally West in his Kid Flash costume ever since the character was added to the cast and yesterday they got their wish.

The CW released some new photos featuring actor Keiynan Lonsdale in costume and they looked great. Now some new photos from “The Flash” set have surfaced and they show another glimpse at not just Kid Flash, but a new speedster as well.

Canadagraphs managed to capture what looks like a battle between Kid Flash and the unknown speedster and it judging from the last photo, it doesn’t end well for Wally West.

Here you see Wally in full costume filming what are believed to be his first public scenes as Kid Flash.

Things get even more interesting in the next photo where we see another speedster, who judging from his suit is most likely evil.

#TheFlash also had another speedster on set today. Currently DO NOT know who yet.
Any input is welcome. pic.twitter.com/hOug5O3C04

WHAT IS GOING ON!! pic.twitter.com/DMbzJXAQ9r

Like I said, the face off doesn’t seem to end well for Wally West as Barry Allen finds him in a dumpster.

Although the new speedster’s identity has yet to be revealed, fans have already picked up on the fact that he looks similar to the New 52 Reverse-Flash and Black Racer.

“The Flash” will return for season 3 on the CW on Tuesday, October 4th.