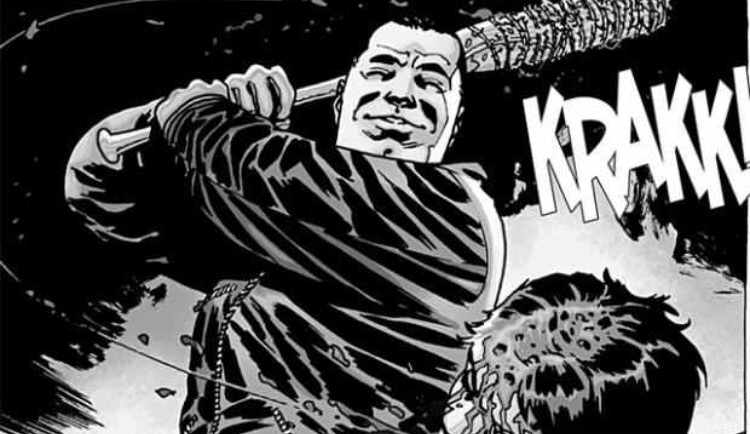 With the plot of the Alexandria safe zone being introduced in season 5 of “The Walking Dead” fans have been wondering when Negan might pop up. Earlier today it was announced that the show had cast Tom Payne as Paul “Jesus” Monroe, which further built anticipation for Negan’s arrival.

Now the Facebook page The Spoiling Dead Fans via Spoil The Dead have revealed a casting call that’s reportedly out for a character named Orin. The name appears to just be a red herring as the description fits Negan’s character without a doubt. Check it out below.

“30s to mid 40s. A physically imposing, charismatic, brutal, smart, ferocious, frightening, hilarious, inappropriate, oddly friendly, fun loving sociopath that is both a leader of men and a killer of men. He has both a practical and emotional intelligence, he’s a brilliant strategist, he’s pure, dangerous, murderous, often gleeful id, that still has both discipline and a code. And he has a temper that can vaporize people. He’s truly one of the strongest personalities ever…”

It looks like fans will get what they’ve been asking for this season. There will be a lot of threats that Rick’ crew will have to face in season 6, but if this casting call is any indication, Negan will be the most dangerous threat of all.