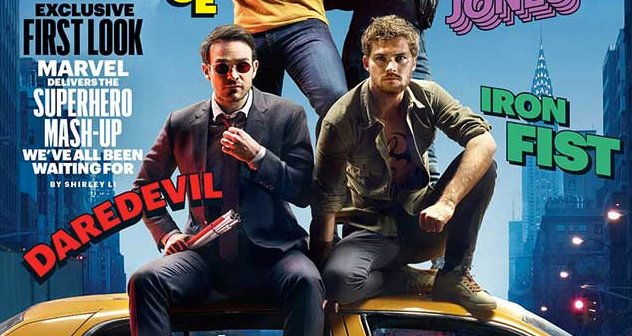 It seems like just yesterday we were all geeking out over the first season of “Daredevil”, but the show is now two seasons deep with a third season on the way, and new seasons of “Jessica Jones” and “Luke Cage” have also been confirmed. Fans also have the release of “Iron Fist” on Netflix to look forward to.

Marvel has made it clear that fans can expect a big team up when Daredevil, Jessica Jones, Luke Cage and Iron Fist all come together for “The Defenders” and the dream is slowly inching closer to becoming a reality. The four heroes will team up to face a greater threat when they go against Sigourney Weaver who is set to play the main villain of the series.

EW decided to shine the spotlight on The Defenders for the cover of their newest issue, and the team looks pretty damn good together. 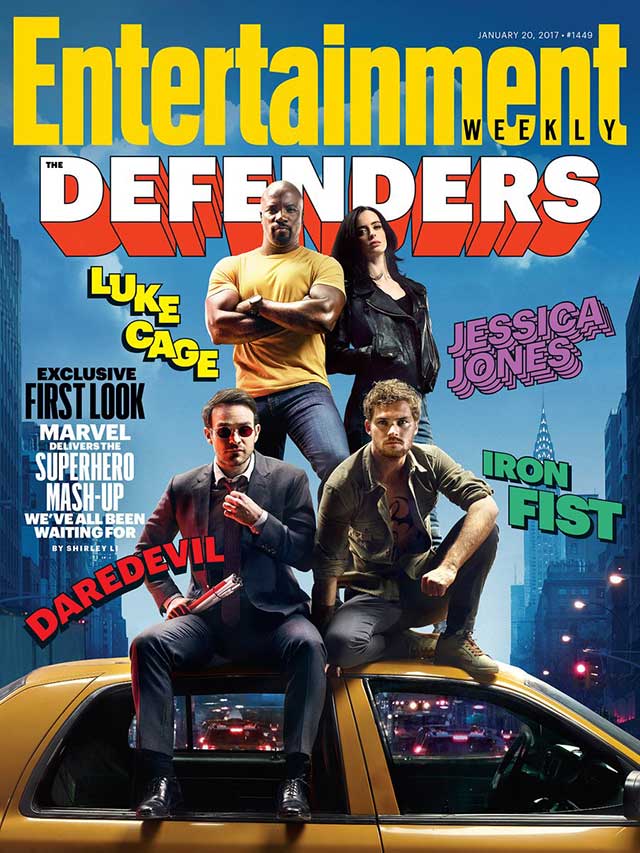 “The Defenders” certainly won’t be the first superhero team up under the Marvel Studios umbrella, as “The Avengers” have been making waves on the big screen for a few years now. However, Marvel’s Jeph Loed noted that “The Defenders” will be a very different viewing experience when compared to “The Avengers.”

“The Defenders didn’t have a ‘D’ on their belt buckles and a Defenders Tower,” says Loeb. “We agreed from the very beginning that these folks could at the very end go, ‘I never want to see your face again.’”

Although an exact release date has not been revealed yet, the EW article notes that the show is expected to be released in the summer of 2017.