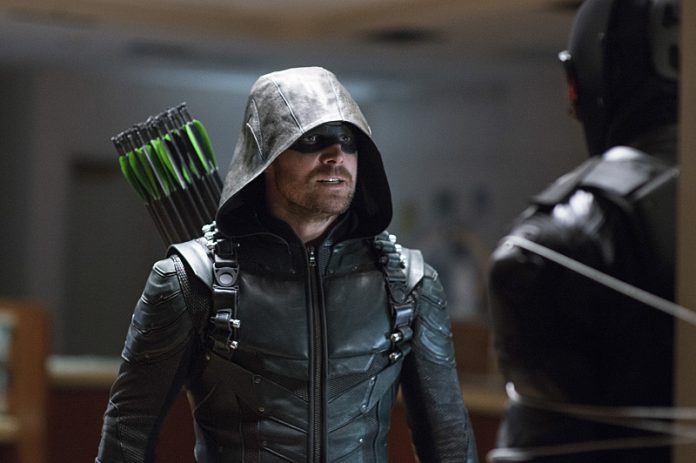 The four way “Arrowverse” crossover is set to kick off at the end of this month, and the heroes will be uniting to take on the Dominators. So far it’s already been teased that the Dominators will be using mind control to make the heroes fight each other, and it sounds like nothing is off the table.

The four part crossover will kick off at the end of “Supergirl” on November 28, and it will carry on from there. “The Flash,” “Arrow” and DC’s “Legends of Tomorrow” will all be involved, and it just so happens that the crossover episode of “Arrow” will also be the show’s 100th episode.

Making it to 100 episodes is a pretty big deal, but it sounds like there’s a chance not everyone will make it out alive. Executive producer Marc Guggenheim recently

“It feels like the 100th issue of a comic book, perhaps even more so than the 100th episode of a television show,” EP Marc Guggenheim told EW. As EW noted Glenn, died in the 100th issue of “The Walking Dead” and that scene was recently adapted for the TV series. It seems that Guggenheim’s comment was designed to get people talking.

Related: Did Arrow Just Reveal The Identity Of Prometheus?

So should we really be afraid of someone dying in the 100th episode?

“You know me, I always want everyone worried,” Guggenheim added.

It’s already been confirmed that the 100th episode of “Arrow” will be a love letter to the series, and it will bring back several characters from Oliver’s past who have long been dead. How the show is going to do that remains to be seen at this point, so, for Oliver’s sake, hopefully he doesn’t have to see one of his loved ones die again.