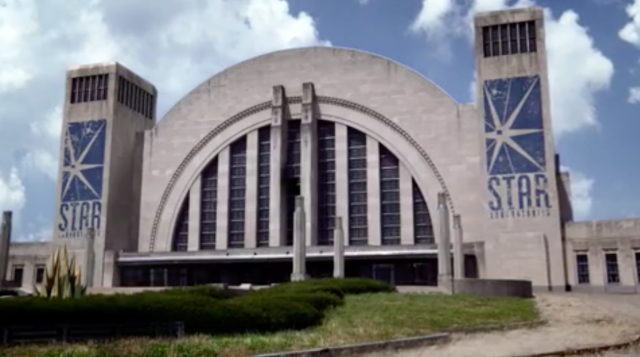 Joss Whedon is not messing around with the “Justice League” reshoots, and although he’s trolling fans on Twitter, it looks like he’s giving us all something to be excited about. Some new photos from the “Justice League” set have surfaced online, and a few of the photos appear to show a structure that could potentially be the Hall of Justice.

More #Justiceleague set pics from ahead of new filming by Roger Skillin what's in the hangar, The Watchtower?? Imagine…… pic.twitter.com/Zs9tEGOvVg

As you can see above the Gotham City gargoyles which were revealed earlier this year also appear in one of the photos.

Could this be the Hall of Justice? We’ll find out for sure when “Justice League” hits theaters on November 17, 2017.