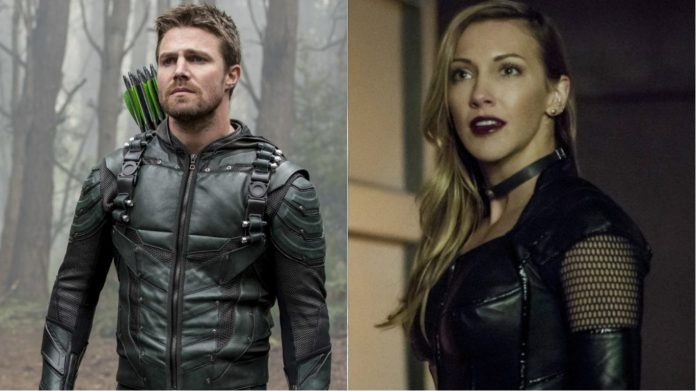 The stars of the “Arrowverse” have been off for a few weeks, but now they’re back on the sets of their respective shows, and Katie Cassidy has returned to the “Arrow” set.

It was announced a few months ago that Katie Cassidy will be a series regular in season 6, which means in theory that we’ll be seeing a lot more of Black Siren, although executive producer Marc Guggenheim has said that some serious regulars may have been killed off in the season 5 finale.

One way or another, we haven’t seen the last of Black Siren yet, because if Katie Cassidy is on the set then that means she’s at least filming something for the show.

Cassidy took to Twitter earlier today to share a behind the scenes photo and let fans know she’s back at work.

Will Black Siren find redemption in season 6? We’ll have to wait and find out.