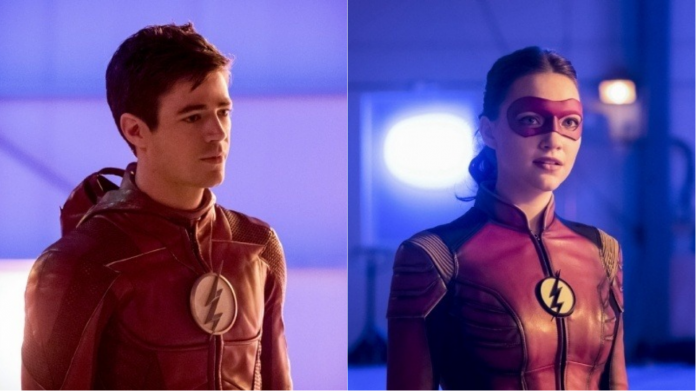 Tonight’s episode of “The Flash” is without a doubt one of the most anticipated episodes of the season, as it’s set to feature the return of Jay Garrick and Jesse Quick.

In the episode a nuclear bomb will detonate in Central City, and Barry will team with Jay Garrick and Jesse Quick and they will literally enter Flashtime as they try to find a way to save the city.

John Wesley Shipp who plays Jay Garrick on the show recently spoke to Comicbook.com and he explained exactly how Flashtime will work.

“I was talking to Sterling Gates — and I have to tip my hat to Sterling and Todd Helbing, because the whole concept of this episode, I find so exciting. The idea that we all enter Flashtime, which almost but not quite freezes real time, and that if we ever stop, it’s game over. And speedsters can’t run forever. And so how long can we keep going? And can we keep going long enough to figure out a solution before we have to go back to real time, and it’s game over? So I just think that concept is brilliant. And so, you’ve got us operating in Flashtime together.”

Shipp also went on to say that Flashtime can be compared to the Speed Force, but the stakes are much higher.

“The stakes are higher because we’re under an extreme time crunch. So everything is heightened. It is the same idea going into the Speed Force, but this there’s a heightened sense of what’s gotta happen in a split second.”

“Enter Flashtime” will air tonight on the CW.

“JESSE QUICK AND JAY GARRICK TEAM UP WITH THE FLASH — When a nuclear bomb detonates in downtown Central City, Barry (Grant Gustin), Jesse Quick (guest star Violett Beane) and Jay Garrick (guest star John Wesley Shipp) slow down time by entering Flashtime. As everyone in the city is frozen, the three speedsters push themselves to the breaking point to save the city and everyone in it. Gregory Smith directed the episode written by Todd Helbing & Sterling Gates (#415).”