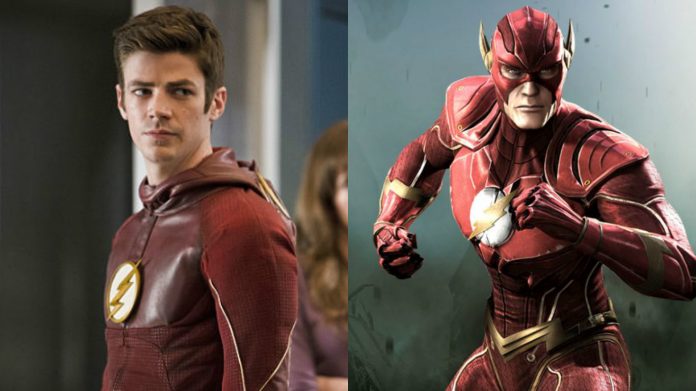 “Injustice 2” is set to be released next year and so far characters that have been confirmed for the game include Deadshot, Harley Quinn, The Flash, Gorilla Grodd, Supergirl, Superman, Batman, Blue Beetle, Atrocitus and Wonder Woman.

The Flash is a fan-favorite character in the franchise thanks to some slick moves in “Injustice: Gods Among Us” and have been trying to figure out who might be providing the voice for the character.

Rumor has it that Grant Gustin may be doing some voice-work for the game, and the rumor seems to have started picking up steam after the game’s IMDB page was updated to include Gustin’s name.

Just because Grant’s name has appeared on the game’s IMDB page that certainly doesn’t mean he’s been confirmed for the game, as it’s not known who may have edited the page. As of this writing neither Warner Bros. or Netherrealm have made any sort of announcement regarding Grant’s participation, but it’s not out of the realm of possibility either.

Stephen Amell did some voiceover work for Green Arrow in “Injustice: Gods Among Us” so it wouldn’t be the first time a CW actor has crossed over to the game world. Amell’s voiceover could be heard when fans selected the alternate costume for Green Arrow labeled as “The Arrow.”

Given Grant Gustin’s popularity it’s not hard to believe that we may see The Flash get a similar treatment in “Injustice 2” with a CW style alternate suit complete with Grant’s voice.

What do you think would you like to hear Grant Gustin’s voice in “Injustice 2”? Sound off in the comments below.

Build and power up the ultimate version of your favorite DC legends in INJUSTICE 2. With a massive selection of DC Super Heroes and Super-Villains, INJUSTICE 2 allows you to personalize every iconic character with unique and powerful gear. Take control over how your favorite characters look, how they fight, and how they develop across a huge variety of game modes. This is your Legend. Your Journey. Your Injustice.