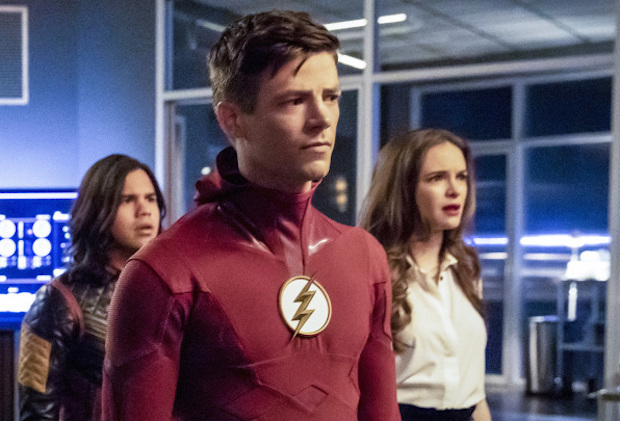 It’s been a few weeks since fans have seen new episodes of “The Flash” as the show took its usual midseason break after the annual crossover.

It’s been even longer since fans have seen Joe West on the show, because actor Jesse L. Martin hasn’t appeared on “The Flash” since episode 4 of the current season.

However, TV Line is reporting that Jesse L. Martin has returned from medical leave, and he’s back on the set of “The Flash.”

Joe West’s next appearance is set to take place in episode 15 of season 5. The show will return next week with episode 10.

Martin had to take time off after suffering a back injury over the summer, which is why he was either sitting, or leaning on something in most of his appearances in the first few episodes of season 5.

Viewers won’t have to worry about a plot hole when Joe returns, because producer Todd Helbing confirmed his absence will be explained.

“There’s an explanation, and then there’s another sort of thing down the line that will give more explanation as to why [Joe] was gone for so long.”

Helbing also shared an ominous teaser regarding the reveal that will explain why Joe was gone.

“I’ll just say there’s some technology that S.T.A.R. Labs has [via which] he’s gone and he’s not gone at the same time.”

“The Flash” will return to the CW on Tuesday, January 15.