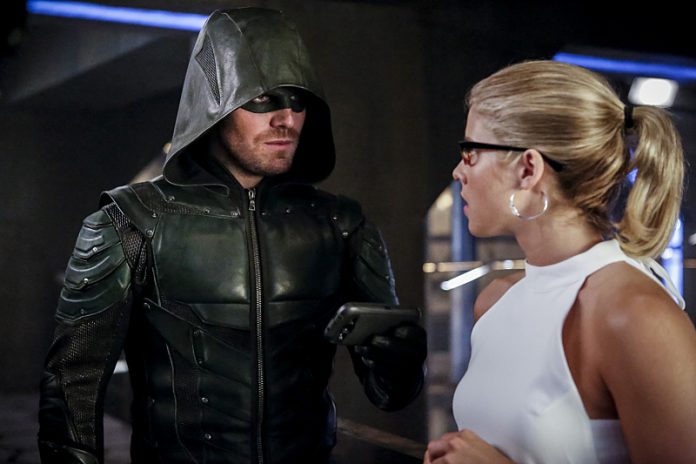 The “Arrow” season 5 midseason finale was loaded with twists and turns and it also featured an important death. Felicity’s boyfriend Detective Malone was killed by Oliver, who thought he was killing Prometheus, and his death is going to have a big impact on Felicity moving forward.

Producer Wendy Mericle recently spoke to TV Line, and she revealed that Detective Malone’s death is going to send Felicity Smoak to a much darker place.

“Felicity has set her sights on Prometheus,” Mericle said. “This season we have said we’re going to take her to a darker place, and you’re seeing the genesis of the reason why, right here.”

Fans got a glimpse of Felicity’s darker side in season 3 when the show flashed back to her college days. We learned that Felicity used to rock a much more gothic look, and that she had been using her hacking skills for questionable purposes in the past.

It sounds like Felicity will be going back to her roots in the second half of season 5, and she will be entering a morally grey area.

“She’s going to meet some people who are both a bit tied to her past but also very much tied to this new future she’s contemplating,” Mericle added, “and that’s going to draw her away from the team and lead her to do some things that are pretty morally questionable.”

“Arrow” will return with new episodes in January.