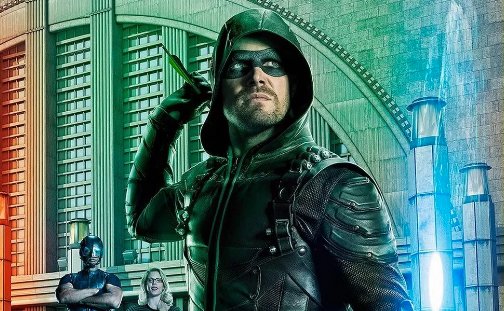 “Arrow” went out with a bang when season 5 ended in May, and the stars of the “Arrowverse” enjoyed a few weeks off, but now they’re back to work. Fans are anxiously waiting to see who might be spotted on set, as the season finale ended with a big cliffhanger.

Related: Stephen Amell Wants Green Arrow To Be More Like The Comics Version In Season 6

Thanks to the nature of the cliffhanger, fans are unsure about who will be returning for the new season. So far the only characters who we know for sure we’ll be seeing when “Arrow” returns are Oliver Queen and his son William.

There’s still several months to go before we will find out who survived, but one thing that has been revealed is the title for the season premiere.

Production has begun on “Arrow” season 6, and executive producer Marc Guggenheim took to Twitter earlier today to show of a page of the script revealing that “Fallout” will be the episode title.

The five year flashback story officially concluded with the season 5 finale, but Guggenheim also revealed in a recent interview that fans will be seeing at least one more flashback sequence in the season premiere that will flash back to the island.