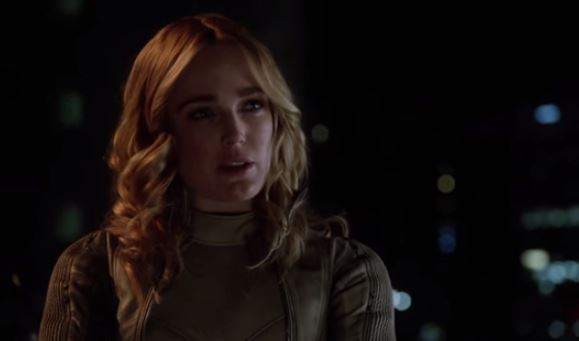 The CW broke some pretty awesome news today when they announced that Matt Ryan would be reprising his role as John Constantine in “Arrow” season 4. Producer Marc Guggenheim has now pulled the curtain back a little bit further to reveal that Constantine’s appearance will deal with the resurrection of Sara Lance.

“Unlike Thea, who wasn’t fully dead, the consequences of using the pit on someone as dead as Sara was creates some unforeseen difficulties. And John Constantine is uniquely suited to help our team deal with those.” Guggenheim told TV Insider.

It’s also been confirmed that Constantine will appear in the 5th episode of season 4 titled “Haunted.” According to The CW’s description, John Constantine is a weather-worn exorcist and expert on the supernatural and the occult. He is a detective, magician, and a hunter of demons, and will provide critical support to Oliver (Stephen Amell) when arrows aren’t enough.

“We are thrilled to have Matt Ryan reprise the role of John Constantine on an upcoming episode of Arrow. Matt is an incredibly talented actor and his portrayal of this beloved character was always something we admired. The introduction of magic and mysticism on the show this season has provided a truly organic opportunity for us to bring John Constantine to Arrow and the CW’s DC Universe. It will be a well-deserved tip of the hat to all the Constantine fans who were so incredibly supportive of that series.” executive producer Marc Guggenheim said.

Sounds like they’ve found a good reason to integrate the character into the show. “Arrow” will return for season 4 on October 7th, 2015.