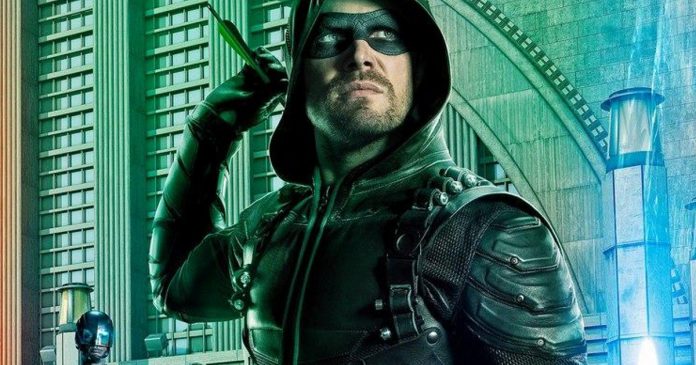 “Arrow” season 5 recently wrapped up, and now all eyes are looking toward season 6. The season 5 finale left fans with a massive cliffhanger which will keep fans guessing until the show returns in the fall.

Right now not much is known about “Arrow” season 6 besides that the theme will be family. There are still some plot threads from season 5 that have yet to be wrapped up though, such as the true identity of Vigilante and Felicity’s relationship with Helix.

Felicity got herself in deep with Helix in season 5 which caused some tension between her and Oliver. But after Helix got what they wanted from Helix, the organization disappeared.

“Arrow” co-showrunner Wendy Mericle recently spoke to TV Line and she confirmed that Helix will return in season 6.

“a dangling thread, and we don’t like to leave those hanging around,” co-showrunner Wendy Mericle notes. “It’d be a great, sort of built-in story for Felicity to revisit these people, who are not very happy with her, let’s be honest. We left that open-ended on purpose, for sure.”

“Arrow” will return for season 6 in October.